In 1959 the Singer subsidiary Penrith Manufacturing Co. Pty. Ltd. opened a new factory on a 23 acre site in Station Road, Penrith, New South Wales, Australia, so that sewing machines could be made locally for the Australian market.

When it opened in 1959 the factory was managed by James McLaney - Works Manager and William J Garty - Factory Managing Director and Regional Director of Singer Sewing Machine Company of Australia. The Penrith factory utilised machinery that was provided from another Singer plant in Connecticut, USA.

Initally the Penrith factory assembled aluminium bodied model 201P machines from components that were shipped from the Kilbowie factory in Scotland. Later a number of 227P and 328P machines were also made, although little is known about these, but possibly some of the parts were shipped from Monza where they produced a 227M model. 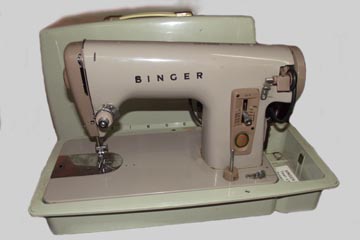 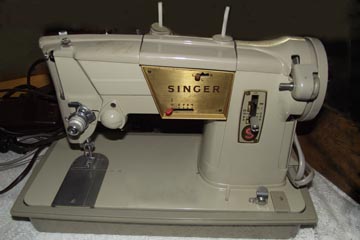 Machines produced at the Penrith factory were identified by a suffix P added to their model numbers. i.e. 201P. Serial numbers took the form of VA, VB, etc. followed by 6 digits starting at 000001 up to 999999.

The cases for the Penrith machines were made locally and were of a design unique to the Australian machines. The wooden covers used on 201P machines have a handy self latching mechanism.