The following are the batch serial numbers for 221 machines made at the Kilbowie plant in Scotland. The production line there ran from 1953 until 1961, making a total of approximately 100,000 machines.

The 222K was a development of the already very sucessful

The following are the batch serial numbers for 221 machines made at the 221/221K Featherweight design. The 222K was known as a ‘Free-Arm‘ or ‘Convertible‘ model, due to its tubular bed feature that allowed a portion of the flat bedplate to be removed to allow sewing around sleeve cuffs or trouser legs. The model 222K Featherweight machines also had a mechanism which allowed the feed dogs to be lowered out of the way to permit machine darning and embroidery. It should have been a worthy successor to the 221's, but the earlier model was so successful that both were produced in parallel. 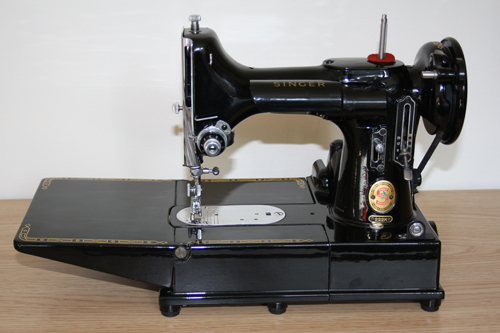 Most 222K‘s were made for the UK market and had 220V motors. These require a small converter to work in the US or Canada. However some Featherweight 222K‘s were factory fitted with a Singer 110V motor which requires no conversion for use in N. America.

The 222K Featherweight sewing machines are regarded as highly desirable and are very much sought after by collectors and enthusiasts. The last models to run off the production line in the late 50‘s and early 60‘s were badged with the more modern ‘Red S‘ logo. These tend to be the examples in the best condition and also much rarer which means that collectors are willing to pay significant premiums in the region of +25% for genuine ‘Red S‘ models that are in close to perfect condition. However ‘Red S‘ models in average or poor condition are worth no more than similar machines with standard badges. 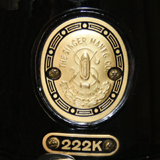 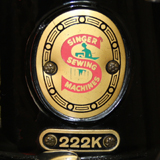