Gritzner Factory in the 1920’s

The business prospered and by 1902 it was celebrating the production of its one millionth machine, making it one of Germany’s largest manufacturers. 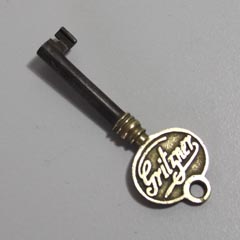 In 1957 the Gritzner-Kayser company was bought by Pfaff which merged its manufacturing production with its own.