The London based W. J. Harris & Company Ltd. was started in the early 1870's by William James Harris as a trade distributor of sewing machines to retailers around the U.K. Harris was born in East Stonehouse, Plymouth, Devon in 1851 the son of a Fisherman. As a young man he moved to London where he was employed by the Singer Company for several years, before leaving to establish his own business distributing sewing machines to retailers.

Shortly after starting the company, they diversified into the manufacture and sales of baby carriages (which became their main businsess), nursery furniture, wringers and mangles.

The company originally had premises at 219 Old Kent Road, London, but then moved to 154 Rye Lane, Peckam and then to 65 Haymerle Road, London SE15. 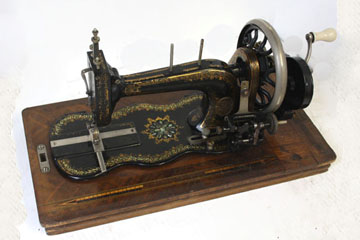 (Harris Fiddle Base - by Stoewer) 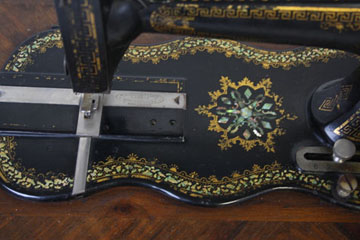 (Fiddle Base - Mother of Pearl Decals) 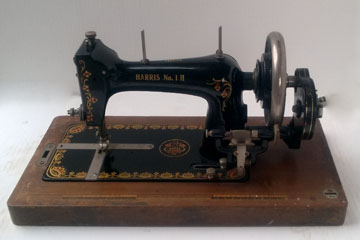 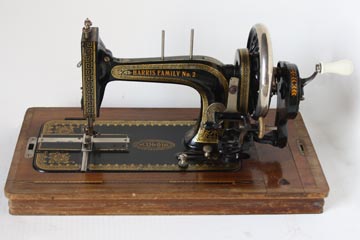 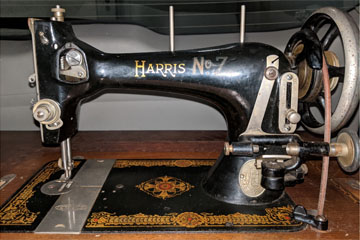 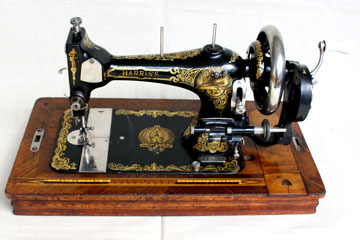 W.J. Harris & Co. Ltd. was sold to Knitmaster in 1959. Shortly after this the sales of sewing machines was stopped and then the remaining baby related business was sold to Mothercare in 1961. The W.J. Harris company registration was maintained as a 'dormant' business until 2005, when it was dissolved.