The Peter Pan toy sewing machines were made by the company of Colton, Palmer & Preston who operated a factory in Adelaide, South Australia from 1942 until 1964 when the equipment was sold.They produced 2 Peter Pan models known as the Model 0 and the Model 1. In 1948 the Model 0 sold for £2-3s-6d 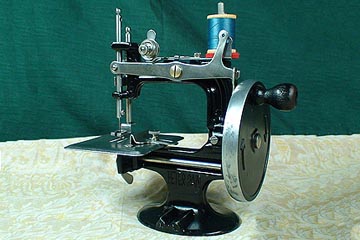 The Peter Pan is a very close clone of the original Singer 20 toy sewing machine, but it can be clearly identified by the words PETER PAN cast boldy into the front of the body. At the rear of the machine a gold and pale blue decal also proudly shows the name "Peter Pan" and "Made in Australia" 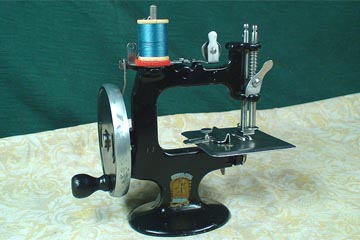 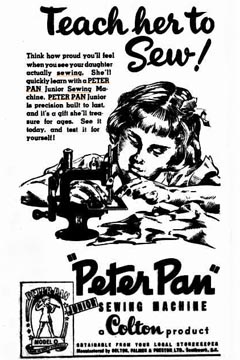