The first production Singer sewing machine was known as the Model No. 1. This pioneering lockstitch machine was set up for use on its wooden packing case and a wooden pitman rod connected it to a treadle mechanism. 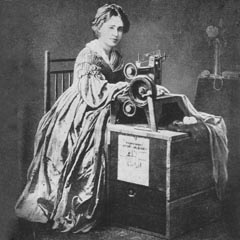 In 1856 the Singer Turtle-Back machine became the first machine to use an iron stand. A vibrating arm carried the needle to provide a much increased sewing speed. Motion was carried from the treadle to the machine by a flat leather belt. 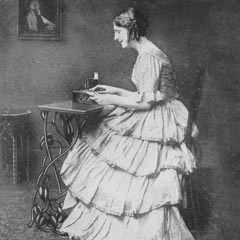 1859 saw the introduction of the Letter ‘A’ machine. The drive was transmitted between the needle bar and shuttle shafts by a vertical shaft with bevel gearing. The arm was lengthened to provide greater space with more freedom for working. 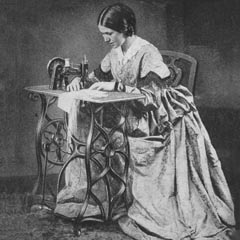 In 1870 the Singer Medium Machine was similar to the ‘New Family’ but designed specifically for dressmakers and tailors with a longer arm to increase working space to facilitate the handling of heavier fabrics used for dresses and mantles. 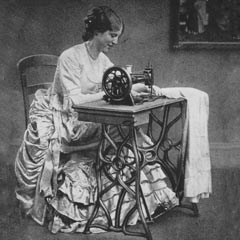 The Improved New Family Machine introduced in 1879 was the beginning of a new era of sewing machine design. With an oscillating shuttle mechanism and all gears eliminated it meant quieter working with increased sewing speed and shuttle capacity. A few years later in 1895 the model was revamped and became the class 15. 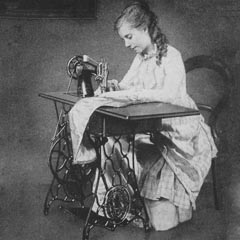