The Singer Company first started production of its oscillating shuttle, high arm Improved Family machine in 1879. It was designed for domestic and light industrial sewing and came mainly fitted into treadle tables or cabinets, with just a few supplied as hand crank machines. Some of the earliest models had a fiddle shaped base with the serial number at the back and used a 'long beak' shuttle. 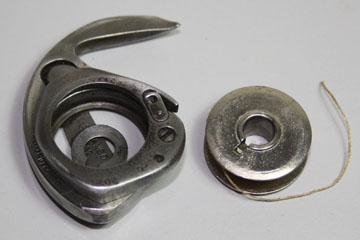 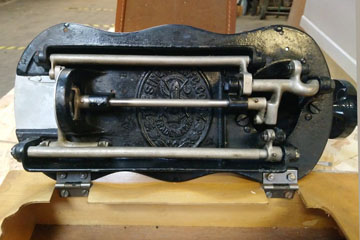 In 1895 the Improved Family machine was mechanically altered and the appearance changed, and so the Singer 15 was born. It was to be the most successful sewing machine design ever, remaining in production for over 100 years, although it did undergo several improvements during that time. The original Singer 15’s, like all the other early domestic Singer machines came as the usual treadle or cabinet versions or as a hand crank model. Later models were either electric or hand crank machines. 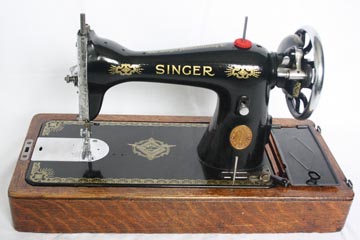 A particularly notable feature of the model 15 was the location of the tension assembly. These were built into the faceplate above the presser bar, instead of at the front of the machine.

With the class 15 Singer introduced a new design of needle with a flat on one side of the shank. This was given the designation 15x1. This design became pretty much the standard needle used not just in most future Singer domestic machines, but also those of virtually all other makers. Under more modern classification systems the same needle design is also known as a 2020 or 130/705H

The earliest Class 15 models used a 'long beak' shuttle, but in 1888 the model 15-11 replaced this with a separate removable bobbin case to house a new flat sided bobbin. The class 15-11 bobbin case and hook system has been the standard design used by almost all sewing machine makers ever since.

The class 15 bobbin case also provides an adjustment to the lower thread tension. It loads vertically to the left hand side of the machine, with access from below the slide plate, or from the underneath if the machine is fitted into a treadle or a cabinet. 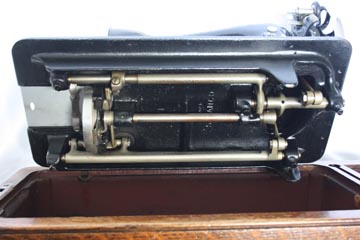 During the 1930’s 15K models built in the Kilbowie plant in Scotland were commonly finished with ‘RAF’ decals. These were originally designed by William Hopper of Dumbarton in Scotland who worked at the Singer plant at Kilbowie.

Some later variants of the class 15, such as the 15K-88, were provided with a fully reversible feed for sewing forwards or backwards, and with a method of lowering the feed dogs for free motion or embroidery work without the need for a feed cover plate. 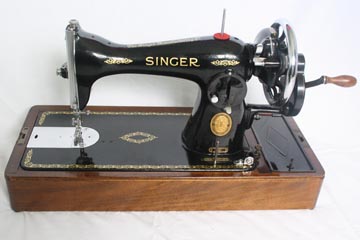 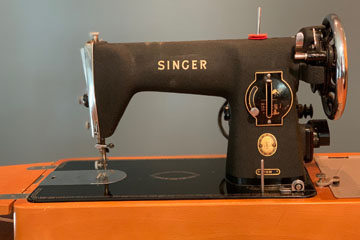 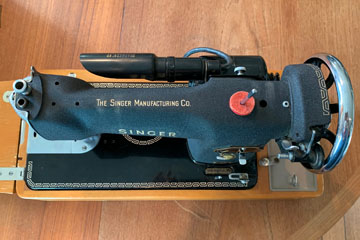 Models such as the 15-91 utilised a type PG potted motor built into the back of the main pillar which drove the machine directly through internal gearing. 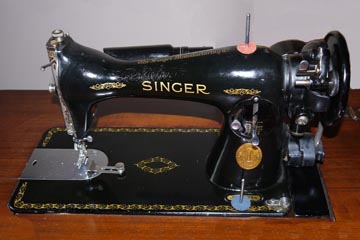 The 15K110 introduced dropping feed dogs, which were operated by a switch located around the bobbin winding spool pin on the front corner of the bed. On these models the serial number is located on the underside of the bed instead of the previous position by the spool pin. 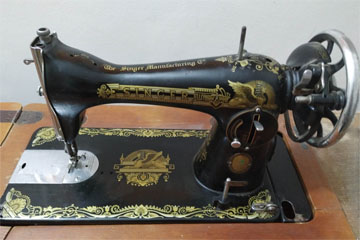 The Singer model 16 was essentially an industrial version of the Singer 15.

From the mid 1970’s what are often referred to as ‘Nostalgia’ model 15’s were made in Taiwan and then later in China. These were made to the same design as earlier machines with the traditional black cast iron bodies and with the RAF or Sphinx decals etc. They were even supplied in the old style bentwood cases or treadle tables.

The machines built at the Singer factory in Taiwan were identified by the model No. 15NL. The Chinese made 15CH179 is a current model being sold into various African and Asian countries. Although these machine look like the originals, there are subtle differences and they have a poor reputation of being lower quality machines that tend to be very noisy in use. 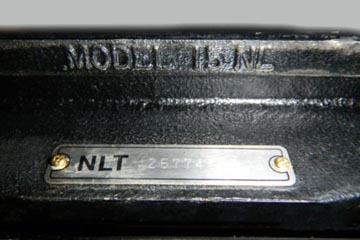 Model NL cast into base and serial number plate