Vulcan Mk 1A and Mk 1B Toy Sewing Machines

The original Mk 1 Vulcan toy sewing machine first appeared in about 1948 but shortly after its introduction it was replaced with a revised version. These are known as the Mk1a and the Mk1b. Although the Mk1a and Mk1b look the same at first glance, there are several subtle differences between them. For collectors the Mk1a is far more prized and hence prices tend to be around 4 times higher than for the Mk1b versions. It is therefore imperative to have an understanding of the differences between them before purchasing any Mk1 Vulcan toy sewing machine (TSM). 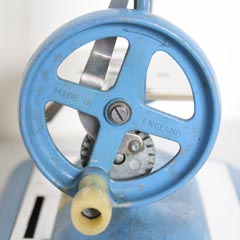 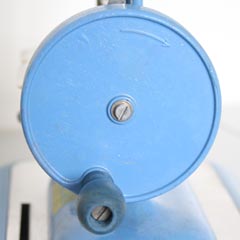 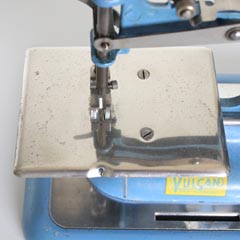 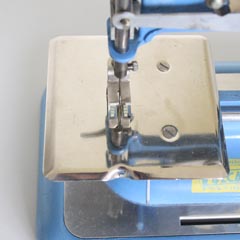 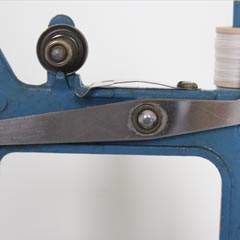 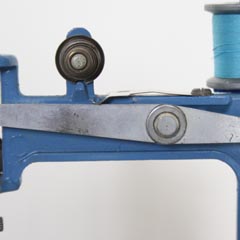 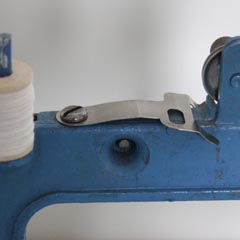 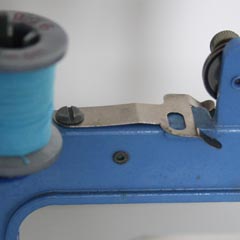 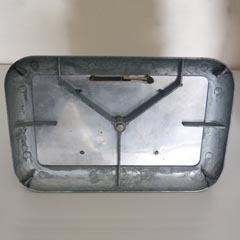 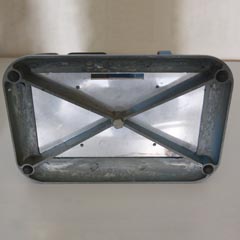 1) Vulcan Mk1's use a 13x1 needle with a round shank which has to be carefully aligned when fitting. These needles are generally no longer available, and if by chance they can be found, they are very expensive. A Vulcan Mk1 machine without a needle is therefore considerably reduced in value.

2) The pale blue paint used on all Mk1 Vulcan's is almost matt and tends to attract dirt. However it is a very fragile finish and cleaning or polishing can very easy rub the paint off, destroying the value of the machine to a collector.

3) The yellow Vulcan name transfer on the front of the main body casting is exceptionally delicate and can easily be irrepairably damaged by even the gentlest of cleaning. A partially removed, or even worse a totally removed), transfer will easily halve the machines value compared to one with its transfer in good original condition.