The Singer factory in Campinas, Brazil started production in 1955.

In the middle of 1950 Singer purchased 300 acres of land in Viracopos Campinas. On 14 May 1955 the new Singer factory (Cia. Industrial Palmeiras de M�quinas e M�veis) was formerly opened by the then President of Brazil. The plant was the first sewing machine factory in South America. 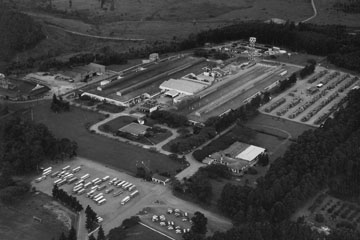 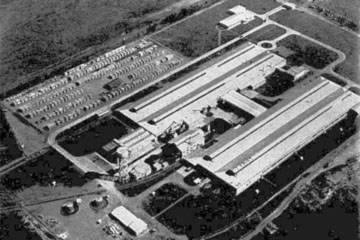 When it first opened, the new factory employed 548 people, but with rapid growth the factory was able to start exporting machine to Chile in 1958. As new models were introduced and sales increased, expansion of the factory became necessary. A new needle manufacturing factory was opened in 1968 in the city of Indaituba, and then in 1997 a new factory was established in Juazeiro.

During 1997 production began to be transferred to a new factory located in Juazeiro do Norte, Cear, and by 2005 all manufacturing was already at the new location. In 2005 a major expansion of the new plant was completed taking the production capacity from 250,000 up to 650,000 machines per year.

Early machines produced at the Campinas factory were identified by serial numbers that took the form of RA, RB, RC etc. followed by 6 digits starting at 000001 up to 999999.