The Singer sewing machine factory in Saint-Jean-sur-Richelieu, Quebec, Canada was established in 1904 at a cost of $1,000,000. Production started in 1906 and continued until it was closed in 1986.

The works was located between Saint-Louis and Saint-Paul and comprised of more than 18 separate fire proof buildings on 45 acres of ground. It had a floor area of over 12 acres and 5 miles of railway track were laid on the premises. At its peak in the 1950’s and 1960’s it employed around 3000 people. 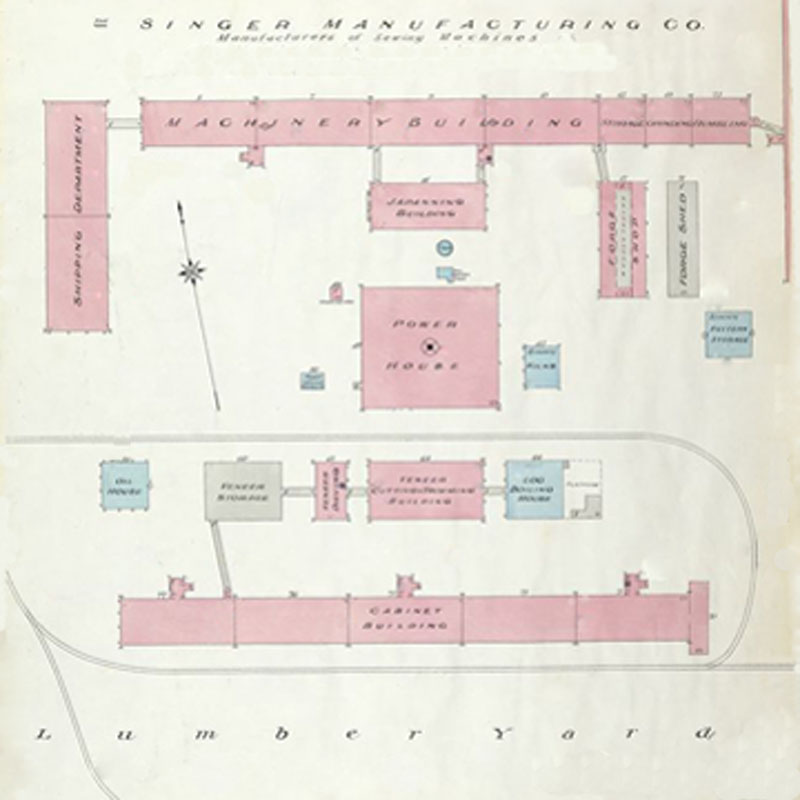 This integrated manufacturing plant produced sewing machinery together with its associated wooden furniture. At one time only the needles were not manufactured in St. John’s and had to be imported. Machines made in St. John’s were sold in Canada and also exported to the Philippines and Congo.

During 1954 when the plant celebrated its 50th anniversary, the plant employed approx. 1500 people under the management of the Works Manager, Ralph P Benn.

In later years part assembled machines were sometimes imported from the Kilbowie factory in Scotland to be finished off in St. John’s for the Canadian market. Some machines badged as being made in St John’s are known to have Kilbowie serial numbers.

Until 1924 serial numbers for machines made in Canada were issued by the Elizabethport factory in New Jersey, USA.

After 1924 the St. John’s factory issued its own serial numbers which took the form of JA, JB, JC etc. followed by 6 digits starting at 000001 up to 999999. Also after this date, model numbers were identifed with a ‘J’ suffix after the Class number.