It would appear that the 115 was introduced as a replacement for the 9W7 when it was decided that the Bridgeport factory would caese producing domestic models after 1912. When Singer took over the Wheeler & Wilson Bridgeport factory in 1905, they initially continued to make old W&W model D9 badged as the Singer 9W. As the stock of W&W parts was used up, they 'Singerised' the design to become the 9W7.

The 115 machines were clearly based on the 9W7 design with a rotary hook mechanism, but with peripheral features borrowed from the class 15 models. They used different bobbin cases that used the industrial 20U style of bobbins.

The 115 machines were decorated with a decal pattern known as 'Gold Wings'. 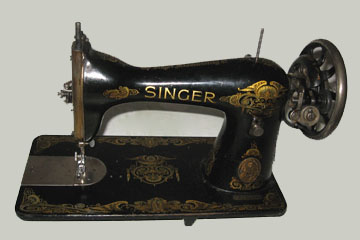